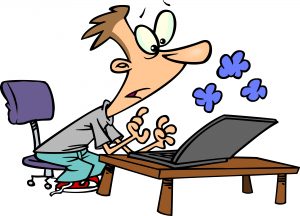 When we have taken our mind to buy a new computer as a beginner , it’s better to know some basic knowledge about computers. Such knowledge might be a little difficult for some newbies or beginners for the specialty. But it doesn’t matter; just several notes can guide us choose the right computer at our need.

Some people tend to buy cheap computers; this is mainly for the users who do not know so much about computers; they do not understand what the computer price levels depend on. Some others prefer brand computers since they are always brand-trusted. This, indeed, is the same case as the first one.

In fact, the most important thing when buying a computer to understand what performance you need and what will it be used for. Some families feel that buying an expensive brand computer can solve everything. Indeed, some of these not so cheap computers will be out of use within no more than three years because they weren’t purchased with their usefulness in mind.
The key to buying a computer is to know which group will use it, and what will it be used for. I think it would be better if we choose the computers according to the ages. In general, the configurations of family computer users are almost alike for the teenagers who are under fifteen and those more than 40 years old. This group does not play online games, neither to do large design, they use computers mainly for the Internet to get some information, check the data, speculate the stock market stocks, to watch movies and so on. So the ordinary configuration can meet their satisfactions. As a result, both INTER platform or AMD platform can be used on either machine. If you feel the platform can not satisfy your need, you can upgrade the Intel drivers or AMD drivers in the future.

The age groups between fifteen and forty are the persons who like playing online games; they are also persons who have high requirements for computers. So this group pays more attention to the performance ratio than others while buying computers. They require better configurations, at the same time; they will demand relatively higher graphics card and CPU when playing large online computer games, making 3D design or graphics design. Such groups are the computer needs of those high-end configurations. When playing online computer games, AMD platform is our first choice; while Intel platform is a better choice for those who engage in graphics design. Relatively speaking, they will take their advantages in due time. Of course, upgrading the intel graphics media accelerator driver is also a good method to make the computer up-to-date and to play games.

The another group is the computer workers, the computer is a necessity for them, these users need computer dealing with frequent and messy programs, they do not require a too high computer graphics card, nor do the high-end performances, but the overall performance should be stable.

These users’ configuration does not focus on the computer graphics or CPU but a reasonable stability and overall good collocation. They require a stable and fast deal with office software, so the users will tent to choose INTER-chip motherboard platform, of which stability is relatively high. Take the nowadays ordinary office, for instance; it’s enough for the office configurated with P4 machines with 512M memory, and integrated graphics. Furthermore, download drivers are capable of making sure the computer can work at high performance.

Low price and brand computers are usually someone’s first choice. It’s not a bad thing all the time. Just remember going to the official site to see the performance and configuration before making the final decision.

For the ultimate in Vancouver window tint go to NW Window Tint. Their amazing staff are the installation experts and can have you in and out in no time.